The podified measurements were taken on an OCP cluster with the following characteristics:

The appliance measurements were taken on a single VM running on the same vSphere cluster, with 16 cores, 64 GB RAM and a separate 200 GB hard disk.

ManageIQ was configured with all server roles enabled, except Git Repositories Owner. C & U Collection (metric collection) was enabled for all clusters and all datastores.

For these measurements, up to 13 providers were added in a single, default zone: 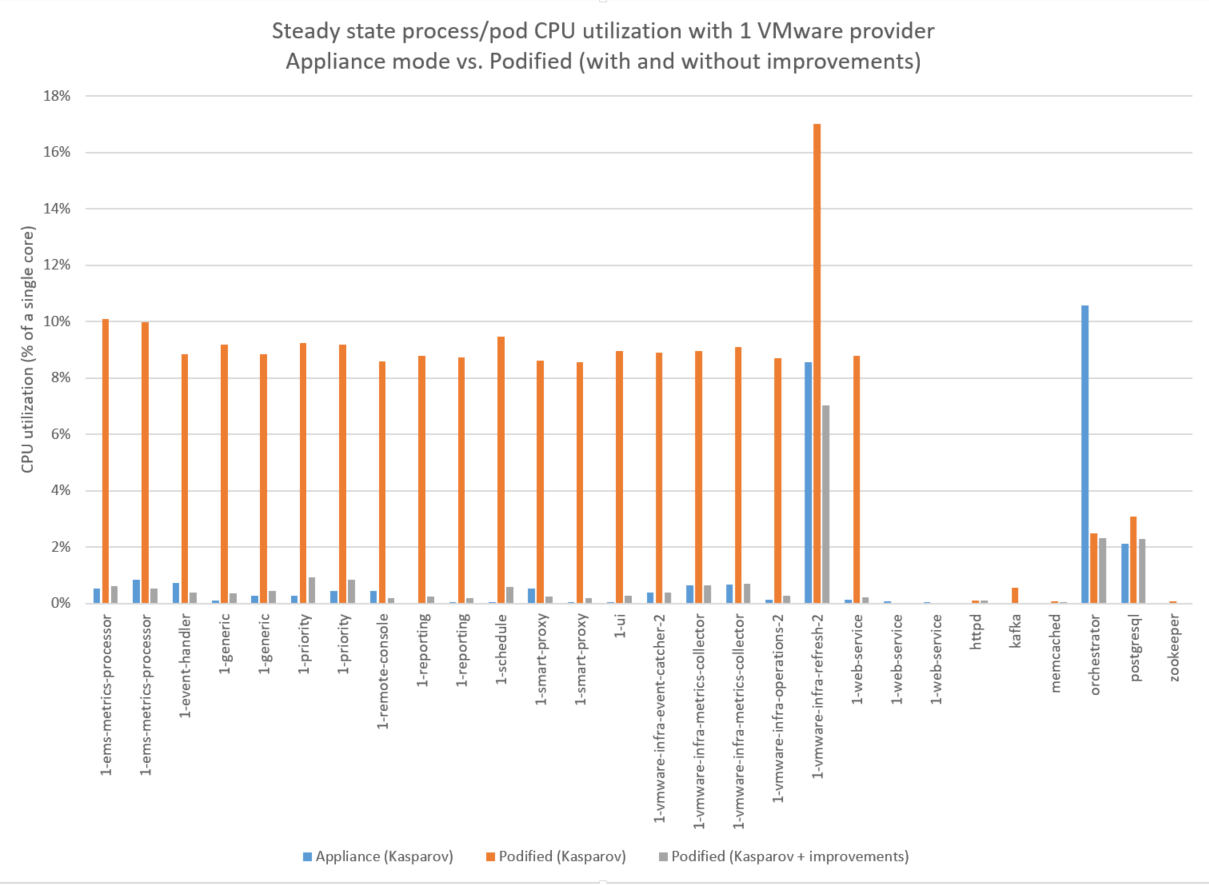 The figure above shows the average process/pod CPU usage over a 2 hour period with the VMware provider running. The appliance results (in blue) show the process-level CPU utilization based on data from the Linux ps command. The podified results (in orange) show the pod-level CPU utilization from prometheus/grafana. For most worker pods, CPU utilization in podified mode is consistently 8-9% higher than appliance mode. In investigating this difference, the development team found that the extra overhead was caused by the liveness probe. Rewriting and optimizing the liveness check resulted in a 20x speedup. The podified results with the optimized liveness check show up as gray bars in the figure. The worker pods each show an 8-9% reduction in steady state CPU utilization. This performance improvement is included in the Lasker branch. 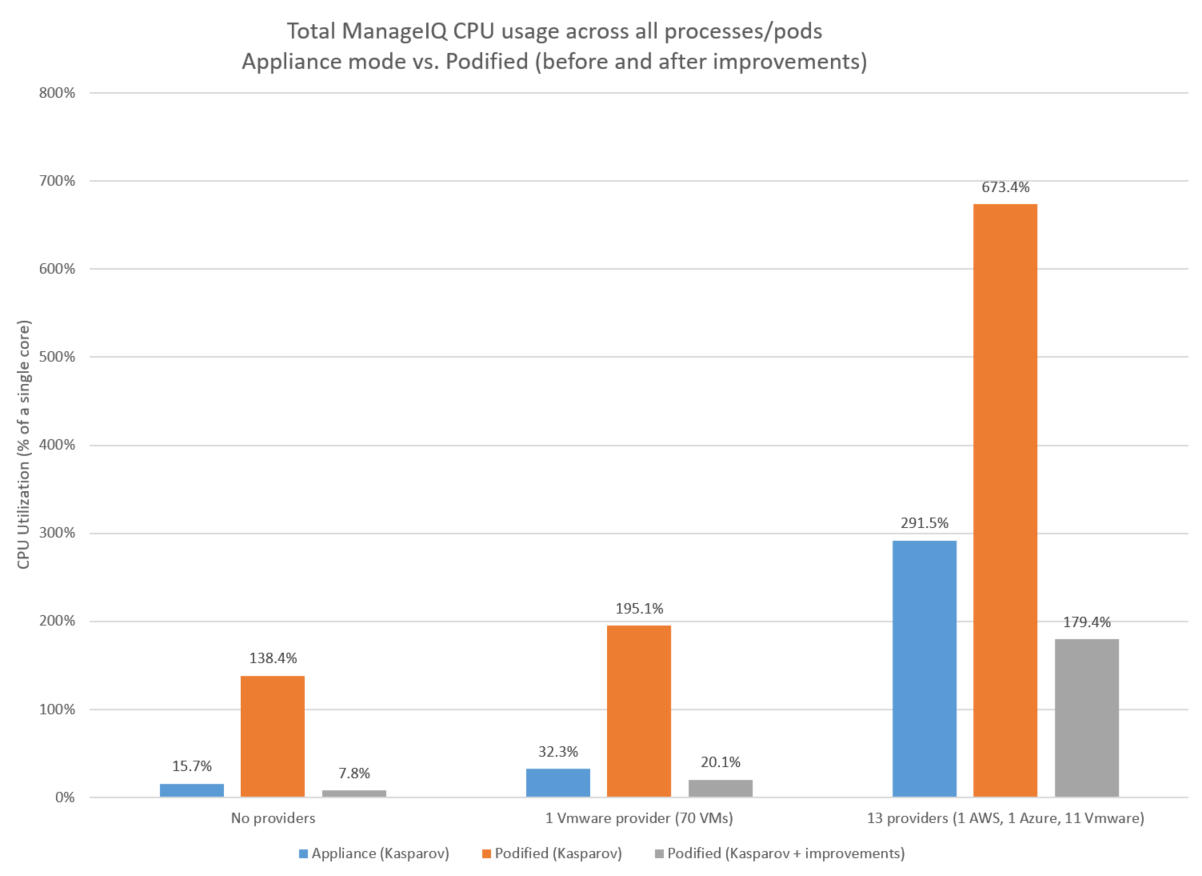 The figure above shows the total steady state ManageIQ CPU usage across all processes/pods for three workload scenarios:

The ManageIQ architecture includes the Virtual Management Database (VMDB), which is “the definitive source of intelligence collected about your Virtual Infrastructure”. During our performance measurements, we collected postgres statistics to see the total size, number of rows and activity for each of the 300+ tables in the VMDB database.

The biggest tables in the vmdb database are related to metric collection. The following observations are based on the postgres stats and discussion with development:

For 1,000 resources, the tables related to metric collection should grow to about 12 GB.

This article describes results from our recent performance measurements of the ManageIQ Kasparov branch, including performance improvements that were made based on these findings. The results show that, with these improvements, ManageIQ in podified mode can perform as well or better than appliance mode.